My journey as a photographer has not been straight.  Nor has it been planned, anticipated, or at any point have I ever had the thought that I have it figured out.  Even the title of this blog post, "an Artists' Journey", is a concept I have struggled with since I began pursuing my dream 4 years ago.  Over the years I have watched innumerable youtube videos and tutorials, I've tuned into a number of CreativeLive sessions taught by weddings professionals, adventure photo/video pros, wildlife photographers, Landscape photographers, and business minded pro's trying to help the typical photographer/creative person understand the business world and how to make a living out of doing what they love.  All of this education I've received as been online and at no cost to me; only time and energy I've spent absorbing it and they have all proved a great source of learning and inspiration along the way.

The concept of me as an "artist", however, was never something I had a firm grasp of until I watched a course taught by Joel Grimes on CreativeLive.  Joel Grimes is a famous portrait photographer that has branded his own look over the years.  He's a compositor -- meaning he uses multiple images to create one realistic, though fantastical, image to portray people in a scene that tells something about them.  I followed along in his course taking a couple pages of notes, and used some of his techniques to create a few of my own portraits.  They're not perfect and problems can easily be detected in my composites, but it was a process that I really enjoyed and now try to incorporate one or two composite projects a year.  The part about Joel Grimes' class  that stuck with me is how he talked about his artistic process.  While there will inevitably be critiques of anyones art, he talked about how there came a point when he realized he should do what pleases him instead of others.  He wasn't bound to a formula or photographic rules, or any photographic standard of integrity either (as with the press/photojournalism).  Instead, he reasoned, "I am an artist" and can do what I want essentially.  The moral of the story, I believe, is that people pleasers don't become great artists because they aren't in touch with creating something out of what is stored inside them.  Make sense?

It was then, anyway, that I realized for myself it would be acceptable to call myself an artist.  And it was the first time in my life I ever did that.

Here's a few composites I've created (hover over the image to read the caption):

baseball_HDR1compositeThis self portrait was one of the first composites I did. I used the wireless feature on my Canon 6D to photograph myself and took the background image before a co-ed softball game.

Ascent | GabeI captured this image of my cousin Gabe, then on a pro cycling team, on the deck of my Aunt's house, and superimposed him on a mountain pass road in the sierras.

Robin Harris | CompositI wanted to create a portrait of my Aunt Robin that told a story about her. She took over her mom's farm in Northern Idaho and takes care of hoses, and she loved the idea of showing off her tack room. I could have lit this scene and got it all in one frame, but it wouldn't have been the same. I shot her portrait outside in front of the barn and superimposed her in the tack room in order to control the light in the room and the detail in the tack and saddles.

Now getting back to the beginning: my creative process continues to evolve and when I look back on it I'm not sure how I got to where I am and I'm even more unsure of where I will be next year.  I have not pin pointed my area of expertise that so many professionals urge photographers to do because I don't want to pigeonhole myself to one thing.  I enjoy so many aspects of photography and appreciate that I get to do something different when I choose to.

For 2016 I made it a goal to start printing more.  I have a gazillion photos that never see the ink and that just seems wrong.  And in the era of digital, the line between photos and art seems to be further apart than ever -- so I needed to start seeing things on paper, tangibly and in my hands.  Great photography seems to saturate our lives on Facebook or Instagram so much that I wonder if great images have diminished in value like a flood of paper money devaluing a currency.  Especially when everyone is taking the same photo and can all create that gorgeous image on the desktop of our computers.

Photographers line up at Tunnel View in Yosemite National Park

But then I had a thought while listening to some music on headphones at the gym.  I thought of the music industry and all that has changed in the era of the internet: downloading, file sharing, pirating, subscription only music that you can't buy (that drives me nuts!), etc.  The music industry has been flipped upside down.  New artists can record professional studio style recorded music in their bedrooms and sell their own albums or singles on iTunes, band camp, noise trade, and who knows how many other platforms.  Music, however, is not devalued.  The options of music styles and flavors for us to listen to is so vast that it demands and encourages growth and creativity that the money driven music labels of decades past could never have nurtured.  And now we, the listeners, benefit from the grass roots growth and competition that characterizes the market.  From what I can tell, at least,  the influence of music in our daily lives has never been stronger.

What does that have to do with printing?  I'm not sure.  I suppose in thinking of the flood of good photographers all around us and the digital noise in we live in, photography can seem like a cheap commodity; overplayed and undervalued.  We can take so many photos that we don't critically think about what we're capturing and why it's important to us.  It's like consumer shopping with no regard to what this new 'thing'  will add to our lives.  And so we just keep collecting crap, hoarding our belongings in storage facilities because we don't have enough space for more the crap that we think we need.  It's gross.

Printing my photos is fun; That's number one.  Printing makes it real and tangibly valuable when it's hanging on your wall -- 2.
The process of doing the math, cutting a mat, backing it, framing it, attaching the wire to the back to hang on the wall, has become another creative escape in my photographic career.  I log too many hours on the computer and in front of other screens.  Creating something from the computer to the printer to my wall has been one of the more rewarding experiences I've had as a photographer.  That's 3.  Need I say more?  Now who's buying it?  ;). 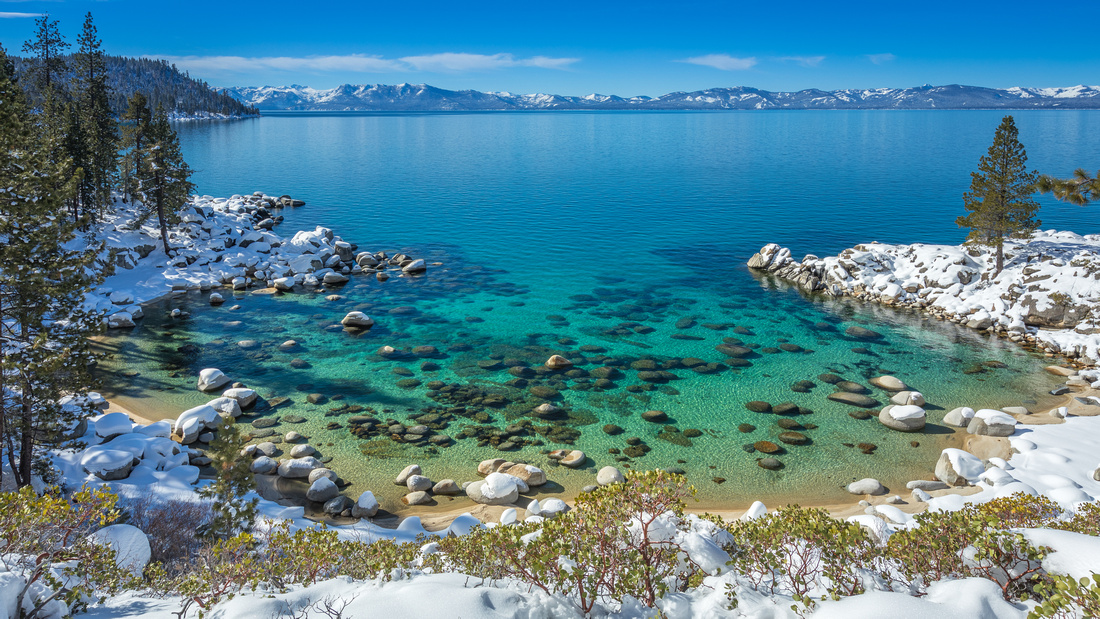 Secret Cove PrintDouble matted and framed by yours truly :).

p.s.  I came across an article a year or so ago that talked about photographers, titled "Nobody Knows What The Hell They Are Doing".  I loved it.  It breathed so much life into what I was doing and continue to do.  If you can relate to this blog in any way I encourage you to check it out and apply it to your own path.  Peace.